Home / Investment / The best banks in Canada + MORE Oct 16th
How to go about securing the best return for your investment in Canada.
Latest News

Using your money for investments is the best way for you to amass wealth and secure future opportunities. Saving and investing is vital for anyone who wants to become wealthy. Another good thing about it is that you don’t need a large amount of money to start investing. Cutting down on spendin.... More »

In a Slump? 4 Promotions Ideas to Bring in Restaurant Customers Oct 23rd

Being a restaurant owner or manager is currently one of the world’s most challenging jobs. A few months into the Coronavirus pandemic, most states imposed lockdowns and bans on sit-in dining were. As their customers stayed home, these establishments saw their revenues go into a steep decline. .... More »

Near retirement with no defined benefit pension? Here’s what you need to know Oct 21st

If you’re a typical reader of this column, I’m guessing retirement is on the near-term horizon for you, or already arrived in the form of “semi-retirement.” And if you’ve diligently saved in registered and taxable plans all these decades but lack an employer-sponsored defined benefit (DB) .... More »

The best banks in Canada 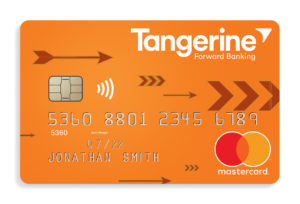 Most Canadians are aware of the Big Five banks: RBC, TD, Scotiabank, BMO and CIBC. And some may even know that occasionally National Bank of Canada sneaks in and expands that list to six. But even with these accounted for, there are dozens of banks in this country, each offering its own suite of personal banking products and services. Finding the “best” is tricky, especially because it depends on the individual’s needs. Nonetheless, there are some standouts. In this article, we take a look at customer offerings from some of the best, so you can decide which works for your personal banking needs.

The best big bank for everyday banking: Scotiabank
Scotiabank was founded in 1832 and has since grown its assets to more than $850 billion, which puts it in the number three spot among the Big Five by asset size…

Making sense of the markets this week: October 19

Each week, Cut the Crap Investing founder Dale Roberts shares financial headlines and offers context for Canadian investors.
10 moat-y Canadian stocks that are on sale
In investing terminology when a company is described as having a “moat,” that means it has a protective barrier, just as a moat around a castle would provide protection from invaders. A moat means a company has limited or virtually no competition. Depending on the level of moat, there are few, or virtually no companies attacking their revenues or profits.
This article from Ruth Saldanha of Morningstar caught my eye: 10 Cheap Moat-y Canadian Stocks.
Morningstar identifies groups of companies with an economic moat and, in the best of conditions, a wide moat. The wide moat group is an exclusive lot, with Royal Bank of Canada, TD Bank, Enbridge, Canadian National Railway and CN Railway making the list.
From that post …
“Today we decided to look at Canadian stocks that are trading below our fair value estimates and also have an economic moat…

Stay tuned for more Investment wisdom brought to you by banks.ca!