Home / Mortgages / Lower Rates Means Less Stress in the “Stress Test” + MORE Jul 23rd
Mortgages in Canada can be a murky subject – one that we hope to shed some light on with a series of highly informational articles.
Latest News

It’s official, Canada’s prime rate will fall to 2.45% following the Bank of Canada’s emergency rate cut on Friday. RBC once again led the way by confirming it would match the BoC’s 50-bps rate cut by dropping its prime rate to 2.45%. Scotiabank, TD, BMO and CIBC then followed in quick succes.... More »

The COVID-19 pandemic has swept many Canadians into unanticipated financial uncertainty. Mass temporary layoffs and job losses have left hundreds of thousands of people wondering how they are going to pay their rent and credit card bills in the coming months. While the federal government is taking .... More »

WAS THIS A BIG MISTAKE? Last week, Stephen Poloz, the Bank of Canada Governor, kept the Prime Rate as is during the 6th of their eight scheduled meetings for 2019.  The Current Target rate is 1.75%.  (Bank Prime rate is derived from this rate.  Today’s Bank Prime rate is 3.95%..... More »

In a tight housing market, it can be tough to come up with the cash you need for a new home. Many Canadians looking for new alternatives are having to get creative. For some folks, it may be as simple as finding friends or family to take the journey with them, or sharing their homes with others. Co.... More »

As was widely expected, the Bank of Canada left the target overnight rate unchanged this morning at 1.75%, where it’s sat since October 2018. The Bank noted a few positive developments, but focused more on the downside risks. “The global economy is showing signs of stabilization, and .... More »

CMHC Report Shows the Emotional Impact of the Housing Bubble 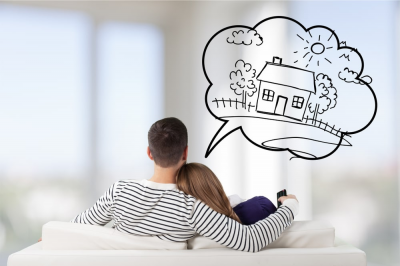 A June 2019 Housing Market Insight report, from the Canada Mortgage and Housing Corporation (CMHC) has highlighted the impact of bidding wars on property prices over the past two years. The report demonstrates the emotional factors that drive Canadians to stretch their budget and engage in bidding wars, regardless of their self-identified appetite for risk.
The CMHC surveyed more than 65,000 households during the fall of 2018 in an effort to gauge the motivating factors for homebuyers in Vancouver, Montreal, and Toronto – Canada’s largest and most heated housing markets.
More than half the respondents believe foreign investors are helping drive up prices, particularly in Vancouver where 70 percent of people cite foreign investment as an issue. The CMHC report pointed out that in Toronto, homebuyers were aware of the impacts of macro-economic factors and believed those to be more substantial in the cost of housing than other factors.
“Respondents’ perceived traditional fundamental drivers, such as employment growth, interest rate changes and population growth, to be less influential than subjective ones linked to speculation, such as city attractiveness and the presence of foreign investors… 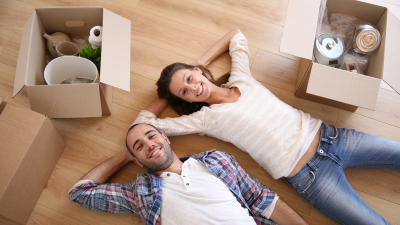 Starting now, Canadian mortgage seekers will find it easier to qualify for more money. That’s because the Bank of Canada has dropped its five year benchmark qualifying rate from 5.34 percent to 5.19 percent. This is the rate banks use to qualify would-be-homebuyers for a mortgage.
This is the first time the rate has dropped since September 2016. Since then the rate has only gone higher. The Bank of Canada posted rate is calculated by using the five year fixed rate at the big six commercial banks.
Why this is significant?
Since January 2018, all Canadians, insured and uninsured, shopping for a new mortgage have to pass the so called “stress test.” Previously only those with less than 20 percent down, or insured mortgages, were subjected to an affordability test. Now everyone has to prove they can pay. Formally called, guideline B-20, it was brought in as a tool to better assess if Canadians could afford rates for the long term, especially if rates were to rise.
Housing slowdown
Real estate sales have slowed and prices are lower since the stress test was implemented…

Stay tuned for more mortgage wisdom brought to you by banks.ca!