Home / Retirement / Do bonds still make sense for retirement savings? + MORE Apr 27th
Not sure how to make a retirement plan? Read on…
Latest News

Can a LIRA be transferred to an RRSP with no contribution room in Ontario? Aug 10th

Can 50% of my LIRA be transferred to my RRSP if I do not have contribution room in Ontario Canada? Is it better to transfer to an RRSP or RRIF if funds are not needed and are used for investment purposes?—Katherine How much can you transfer from a LIRA to an RRSP? Katherine, Ontario resident.... More »

Find out your current tax-free savings account (TFSA) contribution limit by using this calculator. TFSA is a bit of a misnomer. While you can use it for straightforward savings, think of it more accurately as an investment holding account to store things like exchange-traded funds .... More »

Financial markets have fallen quite dramatically in 2022, and that has made choosing investments even more difficult than usual. The turmoil has made many investors nervous about investing in stocks. The Toronto Stock Exchange (TSX) was down nearly 10% for the first half of 2022, and the S&P 500.... More »

Registered retirement savings plans (RRSPs) are often described as “tax-advantaged,” meaning they offer tax-efficient ways for savers and investors to build wealth for the future, usually for retirement. To maximize their potential, you must understand how RRSPs work compared to other registered.... More »

While regular “Making sense of the markets” columnist Kyle Prevost is on vacation, Dale Roberts and I are filling in. Dale’s piece ran last week, and it’s my turn this week. Dale will return next week, after which a well-rested Kyle will resume.  Speaking of Dale, this week he wrote .... More »

Now that it’s clear interest rates bottomed some time ago and are well on an upwards trajectory, we’re seeing headlines declaring the “death of bonds.” Notable was the Globe & Mail article by veteran columnist and author Gordon Pape, announcing he was “getting out of bonds.”

What to expect from bonds

Considering that Pape is well past the traditional retirement age of 65, that must have shocked many of his retired readers. But he warned in his April 5 article that there is still “much more pain ahead” for bond investors. He said all but two of 40 iShares bond exchange-traded funds (ETFs) sold in Canada were in the red. Some were down 10% or more, like the iShares Core Canadian Long Term Bond Index ETF (XLB), down 11.8% from Jan. 1, 2022, to March 31, 2022. Even short-term bond ETFs, like Vanguard’s Short Term Bond Index ETF (VSB/TO), have suffered losses, albeit a modest 1% for 2021. If these were stock losses, he said, it could be called a crash.

In a similar vein were the pronouncements by financial planner Ed Rempel, who argues retirees should be out of bonds and ratchet up their personal risk tolerance to take on more stock exposure…

Stuck in the ‘culture of now’ and going into debt to treat yourself? Here’s how to break out and start saving for your future self 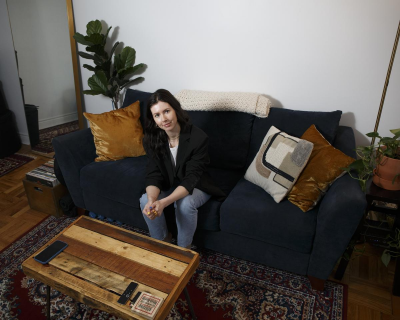 The ‘culture of now’ is preventing people from making retirement planning a priority, 85% of financial professionals said in a survey.

Stay tuned for more Retirement wisdom brought to you by banks.ca!